Really cool to see that the cinemas are giving away postcards with my concept art for each ticket purchase for Warriors of Future 明日戰記! The long postcards all feature concept art I did to illustrate key frames for the film. Not too sure how many different postcards they released, but from what I've seen, there are 5 different ones. These were all done to help the director visualize moments / mood / environments / etc for the film. The mech pulling on the mrap was definitely one of my favs to do. The pamphlet is a simple intro to the film and features a mashup of my designs in the layout haha. Not much to comment about the layout... but still always cool to see my work used in some way.

Congrats to all involved with WOF for finally getting it released this week after so many years in production. I spent around 5 years working closely on it; designing all sorts of stuff for it, ranging from big things and down to the smallest things you'd barely care of screen haha. This project will always have a special place to me as it was truly an incredible opportunity and pushed my pursuit into concept design far. It is also important to note that this film is not possible without the passion and dedication by all artists involved here in HK and around the world.

Hope to share more about this project when I can :) 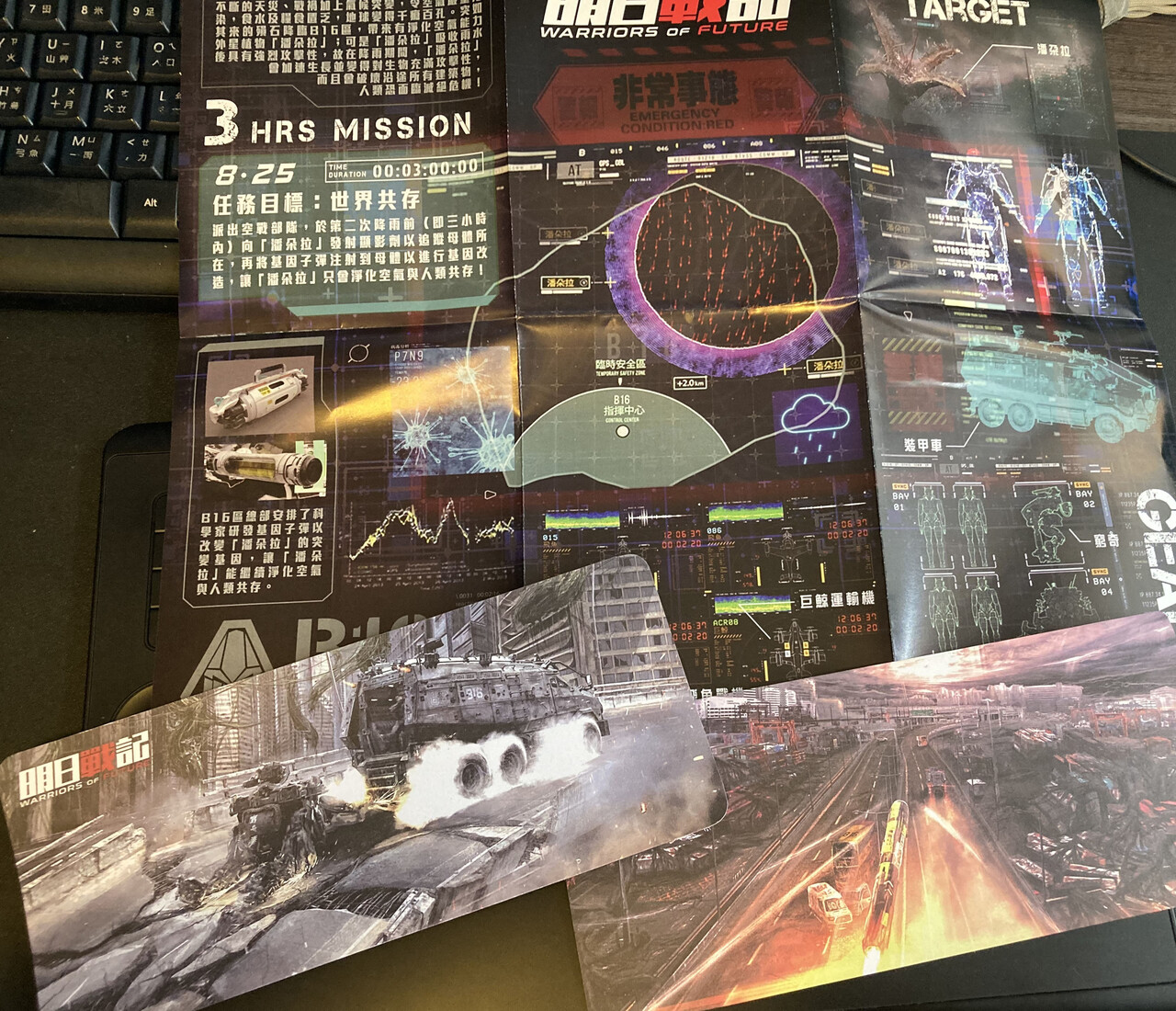 The pamplet + 2 of the concept art postcards : LEFT (mech hanging onto the mrap as the bridge collapses) RIGHT (missile tracking the mrap down on the highway). This scene was done early in production when the idea was that the action happens around the container terminal. This was later changed to an city environment with high-rises which better reflects HK. 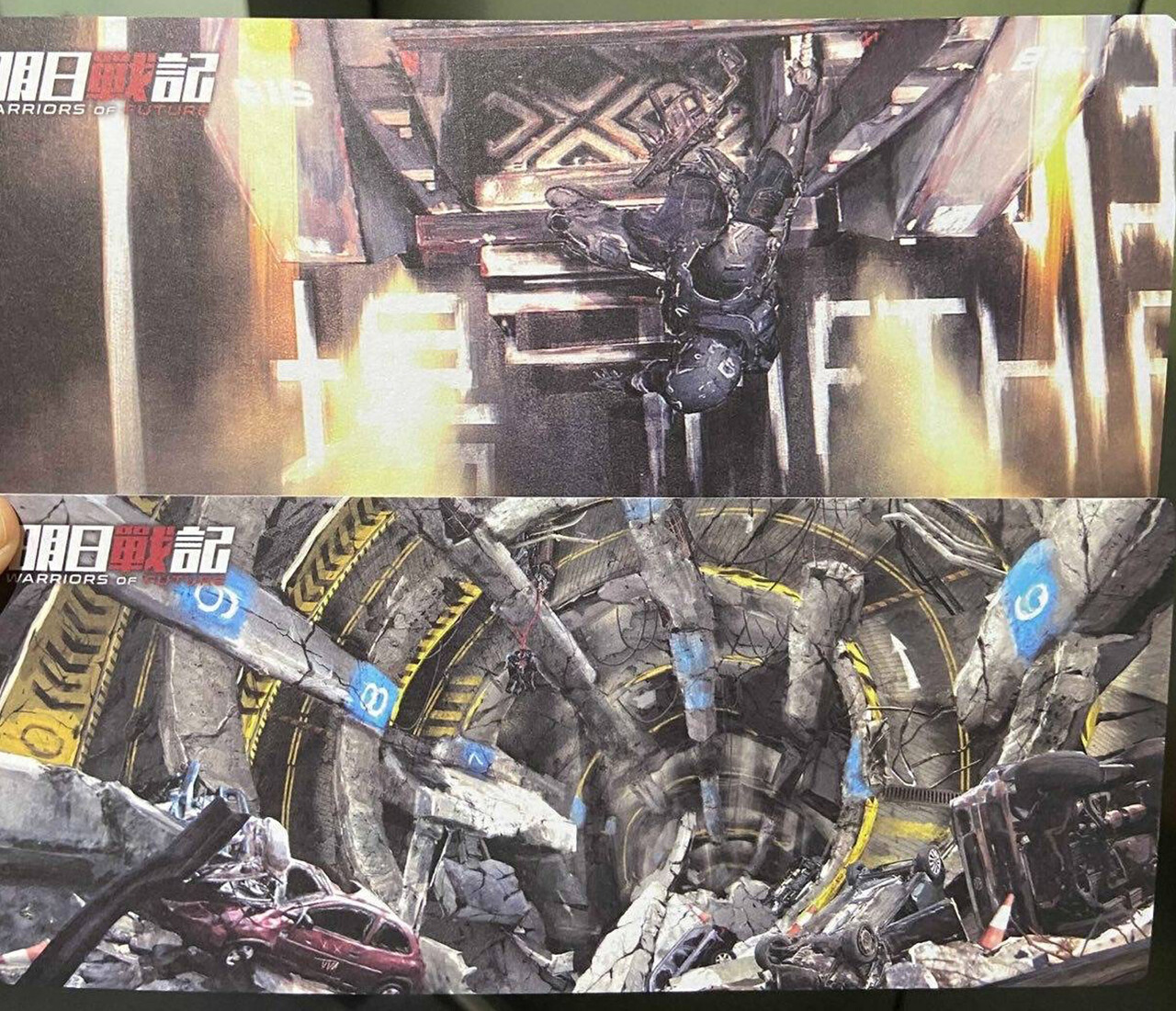 other 2 concept art postcards. TOP (Sean Lau in the exosuit hangs onto the mrap with his axe during battle with the robots) BOTTOM (environment art of the collapsed building with a spiral parking lot pathway) 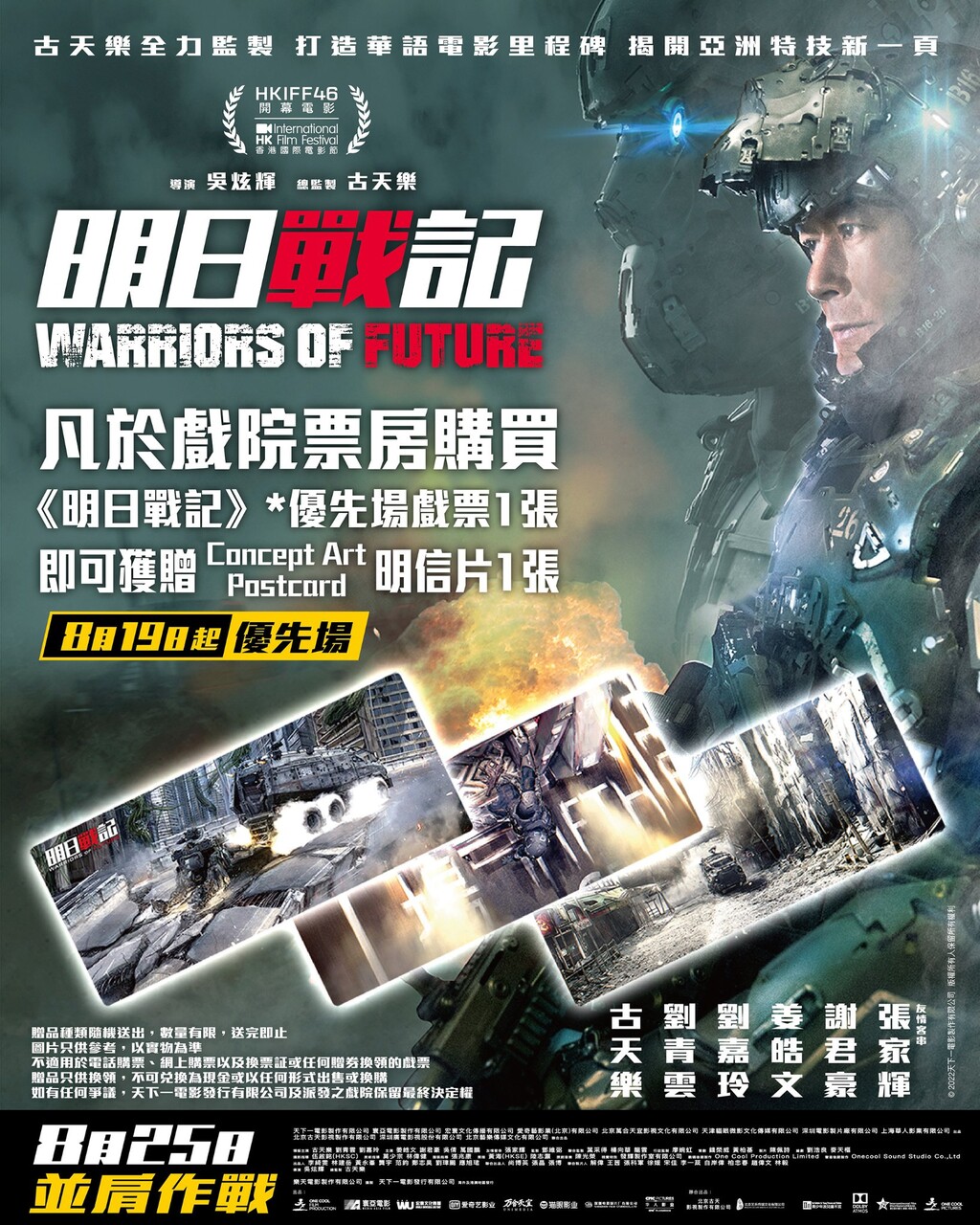 Promotional poster about the concept art giveaways with ticket purchase (Image from OneCool).